There is a misconception that phone numbers are blocked and therefore cannot a phone cannot be used on another network. The reality is that the phone is the device that is locked not the phone number. Phone numbers can be transferred from one carrier to another (also know as number porting) at the end of a contract and are therefore not locked (although most service providers required that you have reached the end of your contract before they will allow you to move/take your phone number onto a new contract with a different service provider).

What is a blocked phone?

A blocked phone is a phone that has been barred from a service provider. This can be because the phone have been reported lost or stolen or due to an issue with the contract between the service provider and end user. Issues such as non payment, etc.

How are phones blocked? 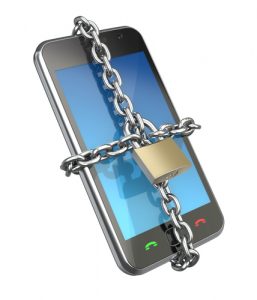 Service providers are able to block a phone by blocking it’s IMEI number. IMEI stands for International Mobile Equipment Identity and is a unique number assigned to every phone similar to a vehicle registration number.

To block a phone, the service provider will add the phone’s IMEI number to a blacklist database. When a phone tries to register to a network, the IMEI number is checked and it will not be able to join the network if it is blacklisted.

Registration attempts occur on the initial power on off the phone and thereafter.

How to unblock a phone?

In most countries the process of unblocking a phone is illegal. There are a number of ways to do this but we will not be discussing those here! One thing to note though is that in some cases a phone that is blocked in one country may not be blocked in another. This is due to the lack of an international blacklist register.

What is a Locked Phone?

Unlike a blocked phone, a locked phone is a handset that has been locked to work on only one service provider. This means that the phone will only accept their simcard. If you try to insert a simcard from another provider the phone will display and error message or ask from an unlock code. The unlock code a unique number that you can enter to remove this restriction.  In most countries it is not illegal (unlike unblocking) to unlock your phone. check out the phone unlocking laws that apply in your region.

How to unlock a phone/remove sim lock

In summary, a phone is locked or blocked and not the phone number.